The ‘Best Map Ever of the Universe’ 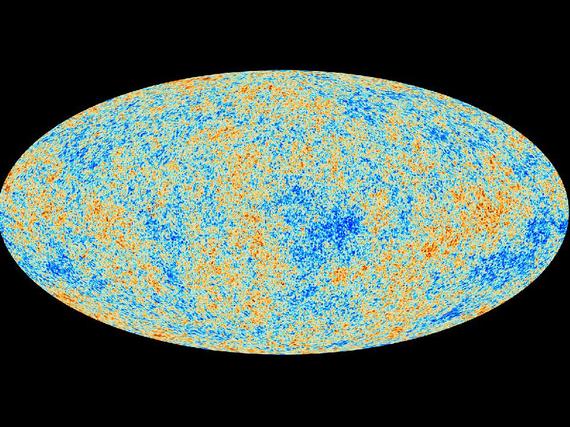 It looks, it turns out, a little something like the image above — a map that details what NASA is calling “the oldest light in our universe.” That light, the Cosmic Microwave Background, or CMB, was imprinted on the sky when the universe was young (it was, essentially, the glowing aftermath of the Big Bang). And it has now been detected with the greatest precision ever achieved by a collaboration among Earth’s science agencies.

I launched the Big Data conversation; writing, research, marketing services; http://whatsthebigdata.com/ & https://infostory.com/
View all posts by GilPress →
This entry was posted in Astronomy, Lost and Found, Maps. Bookmark the permalink.