This Day in Information: Watson Renames CTR as IBM 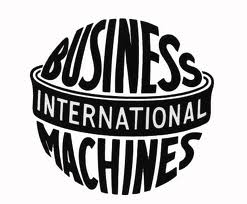 the Computing-Tabulating-Recording Company (CTR) changed it name to International Business Machines Corporation (IBM). IBM was first used for CTR’s subsidiaries in Canada and South America, but after “several years of persuading a slow-moving board of directors,” Thomas and Marva Belden note in The Lengthening Shadow, Thomas J. Watson Sr. succeeded in applying it to the entire company: “International to represent its big aspirations and Business Machines to evade the confines of the office appliance industry.” As Kevin Maney observes in The Maverick and His Machine, IBM “was still an upstart little company” in 1924, when “revenues climbed to $11 million – not quite back to 1920 levels. (An $11 million company in 1924 was equivalent to a company in 2001 with revenues of $113 million…).”

The upstart, according to Watson, was going to live forever. From a talk he gave at the first meeting of IBM’s Quarter Century Club (people who have served the company for 25 years), on June 21, 1924: “The opportunities of the future are bound to be greater than those of the past, and to the possibilities of this business there is no limit so long as it holds the loyal cooperation of men and women like yourselves.”

And in January 1926, at the One Hundred Percent Club Convention:

“This business has a future for your sons and grandsons and your great-grandsons, because it is going on forever.  Nothing in the world will ever stop it. The IBM is not merely an organization of men; it is an institution that will go on forever. ”

Today, Watson – an IBM computer system in development for the last seven years –  is going to compete on the quiz show Jeopardy.

3 Responses to This Day in Information: Watson Renames CTR as IBM