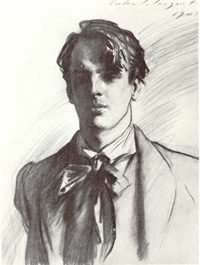 When he was just 18 or 19 years old, in 1884, Yeats wrote a play titled “Love and Death.’’  The work was hidden among boxes of his journals, notebooks, and correspondence purchased by Boston College in 1993 from Michael Yeats, the poet’s son. It languished in obscurity until last year, the Boston Globe reports, when university librarian Tom Wall formed a committee to scour the Chestnut Hill institution’s archives for “high impact’’ candidates for digitization – the process by which works on paper are photographed, transcribed, and made accessible by computer.

Jane Morris, BC’s scholarly communication librarian: “It’s more than a trend. This is the new work of libraries, to make these things digital and available and discoverable, instead of having them closed off to the lucky few who have the means to travel here.’’