Birth of the IBM PC 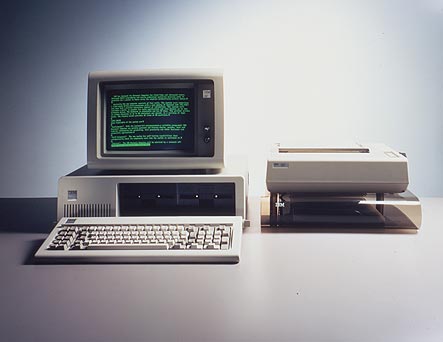 The IBM Archives put this in perspective: “Two decades earlier, an IBM computer often cost as much as $9 million and required an air-conditioned quarter-acre of space and a staff of 60 people to keep it fully loaded with instructions. The new IBM PC could not only process information faster than those earlier machines but it could hook up to the home TV set, play games, process text and harbor more words than a fat cookbook.”

And Kevin Maney in Making the World Work Better: “Within two years of its introduction, the IBM PC took over the Apple II as the best-selling PC. By 1985, IBM’s PC division had grown to 10,000 people and was grossing $4.5 billion a year… As the power of computing dispersed into the hands of individuals, computing changed profoundly. Computing kept moving inexorably outward, from the experts to the masses.”

I predict that by the time the 40th anniversary of the PC roles around, there will be very few “PCs” around.