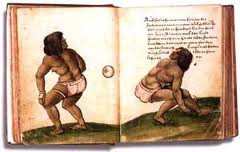 “One of the characteristics of organized game throughout history is their capacity to transcend cultural differences, social divisions and even political unrest. Straddling the boundary between the sacred and the profane, they can be great social unifiers and dividers. There are few other things that we collectively care about so much in our society today. “–Neil MacGregor, A History of the World in 100 Objects, 2010

“A long time ago there were no toys and everyone was bored. Then they had TV but they were bored again. They wanted control. So they invented video games.”–Marhsa Kinder’s eight-year-old-son, quoted in her Playing with power in Movies, Television, and Video Games: From Muppet Babies to Teenage Mutant Ninja Turtles, 1991.

“According to PricewaterhouseCoopers (PwC), a consulting firm, the global video-game market was worth around $56 billion last year. That is more than twice the size of the recorded-music industry, nearly a quarter more than the magazine business and about three-fifths the size of the film industry, counting DVD sales as well as box-office receipts. PwC predicts that video games will be the fastest-growing form of media over the next few years, with sales rising to $82 billion by 2015…

…there is something fundamentally different about games that sets them apart from traditional media such as books and films….The main reason why games are different is that they marry the power of modern technology to the insatiable human desire for play… rather than being consumed passively like all the other media, they are interactive, marrying the power of modern technology to the human desire for play. The compulsion to play is hard-wired into the human race.”–Tim Cross, “All the World’s a Game,” The Economist, December 10, 2011

“Play is older than culture, for culture, however inadequately defined, always presupposes human society, and animals have not waited for man to teach them their playing. We can safely assert, even, that human civilization has added no essential feature to the general idea of play. Animals play just like men…

More and more the sad conclusion forces itself upon us that the play-element in culture has been on the wane ever since the 18th century, when it was in full flower. Civilization to-day is no longer played, and even where it still seems to play it is false play-I had almost said, it plays false, so that it becomes increasingly difficult to tell where play ends and non-play begins. This is particularly true of politics….

In American politics… Long before the two-party system had reduced itself to two gigantic teams whose political differences were hardly discernible to an outsider, electioneering in America had developed into a kind of national sport. The presidential election of 1840 set the pace for all subsequent elections. The party then calling itself Whig had an excellent candidate, General Harrison of 1812 fame, but no platform. Fortune gave them something infinitely better, a symbol on which they rode to triumph : the log cabin which was the old warrior’s modest abode during his retirement. Nomination by majority vote, i.e. by the loudest clamour, was inaugurated in the election of 1860 which brought Lincoln to power. The emotionality of American politics lies deep in the origins of the American nation itself: Americans have ever remained true to the rough and tumble of pioneer life. There is a great deal that is endearing in American politics, something naive and spontaneous for which we look in vain in the dragoonings and drillings, or worse, of the contemporary European scene.”–Johan Huizinga, Homo Ludens, 1938.