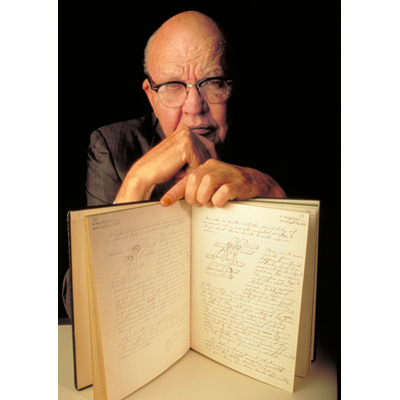 Today in 1959, Jack Kilby filed a patent application for the Integrated Circuit, titled: “Method of making miniaturized electronic circuit.” Harold Evans in They Made America: “The University of Illinois gave him only average grades in electrical engineering, a disappointment to his father, who ran an electrical company, and he failed to get into MIT.” In 2000, Kilby was awarded the Nobel Prize in Physics for “his part in the invention and development of the integrated circuit, the chip. Through this invention microelectronics has grown to become the basis of all modern technology.”