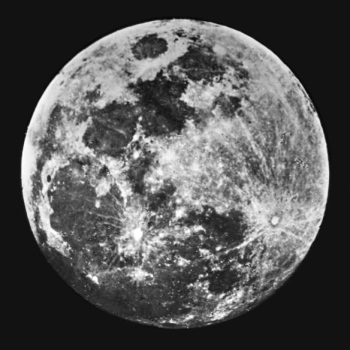 Today in 1840, John William Draper presented to the Lyceum of Natural History of New York a daguerreotype of the “first representation of the moon’s surface ever taken by photography.”

As the Once and Future Moon blog notes, today is also “the 100th anniversary of the birth of Wernher von Braun (1912-1977), the man most responsible for creating and implementing a vision of humans in space. Von Braun is legendary in space circles – both admired and

criticized by observers within and outside of the program.” A series of articles in Collier’s magazine in the early 1950s, titled “Man Will Conquer Space Soon!,” Von Braun and others described plans for manned spaceflight.

I launched the Big Data conversation; writing, research, marketing services; http://whatsthebigdata.com/ & https://infostory.com/
View all posts by GilPress →
This entry was posted in Photography, This day in information, Yesterday's Futures. Bookmark the permalink.