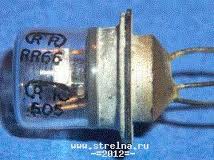 Today in 1950, the invention of the phototransistor was announced by Bell Telephone Laboratories.  This was a transistor operated by light rather than electric current, invented by Dr. John Northrup Shive.

A few weeks ago, Bob Metcalfe reviewed a new history of Bell Labs, The Idea Factory, by Jon Gertner, taking issue with Gertner’s romanticized “view of the place,” and arguing that “trusting research to corporate monopolies is problematic in two ways. First, their money comes from overcharging customers by using monopoly power…. Second, a corporate monopoly has little motivation to disrupt a market that it already dominates.

Instead, Metcalfe–the recipient of the Alexander Graham Bell Medal, among many other honors–suggested investing in research universities, concluding that “Today we have many budding Silicon Valleys world-wide similarly forming around one or more research universities, our best ‘idea factories.’ Among Mr. Gertner’s stories is one of a professor and his hearing research at Boston University. Alexander Graham Bell invented the telephone and raised venture capital to start AT&T, and that gave us Bell Labs.”