From the Archives: Measurement Milestone 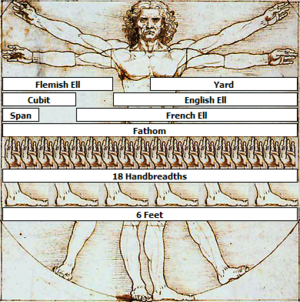 Today in 1790, the French National Assembly passed two decrees: One asked the French Academy of Sciences to determine “the scale of division most suitable for weights and measures and for coins;” the other instructed the French Academy to work with the Royal Society in London to “deduce an invariable standard for all the measures and all the weights.”  This, says a web site dedicated to the man who first advanced the idea, Charles-Maurice de Talleyrand-Périgord, was “the first legislation in a series of acts that led, fifty years later, to the final adoption of the metric system in France and later, with few exceptions, worldwide.”

“The Commission appointed by the Academy created a system that was, at once, simple and scientific.  The unit of length was to be a portion of the Earth’s circumference.  Measures for capacity (volume) and mass were to be derived from the unit of length, thus relating the basic units of the system to each other and to nature.  Furthermore, larger and smaller multiples of each unit were to be created by multiplying or dividing the basic units by 10 and its powers. This feature provided a great convenience to users of the system, by eliminating the need for such calculations as dividing by 16 (to convert ounces to pounds) or by 12 (to convert inches to feet). Similar calculations in the metric system could be performed simply by shifting the decimal point. Thus, the metric system is a ‘base-10′ or ‘decimal’ system.

The Commission assigned the name metre – meter – to the unit of length.  This name was derived from the Greek word metron, meaning ‘a measure.’  The physical standard representing the meter was to be constructed so that it would equal one ten-millionth of the distance from the North Pole to the equator along the meridian running near Dunkirk in France and Barcelona in Spain.“

Wikipedia: The definition of metre has been periodically refined to reflect growing knowledge of metrology. Since 1983, it has been defined as the length of the path travelled by light in vacuum during a time interval of 1 ⁄ 299,792,458 of a second.

I launched the Big Data conversation; writing, research, marketing services; http://whatsthebigdata.com/ & https://infostory.com/
View all posts by GilPress →
This entry was posted in Measurement, This day in information. Bookmark the permalink.