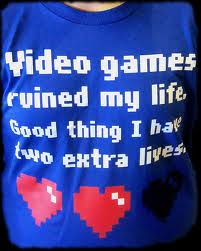 Today in 2007, the Associated Press reported, the American Medical Association backed off calling excessive video-game playing a formal psychiatric addiction, saying instead that more research is needed. A report prepared for the AMA’s annual policy meeting had sought to strongly encourage that video-game addiction be included in a widely used diagnostic manual of psychiatric illnesses. AMA delegates instead adopted a watered-down measure declaring that while overuse of video games and online games can be a problem for children and adults, calling it a formal addiction would be premature.

Earlier this week Gameranks reported on the “dirty dozen of the gaming industry… rolling in the dough from our videogame-addiction.”

They are all standing on the shoulders of pioneers like Nolan Bushnell and Ted Dabney which forty years ago today filed the incorporation papers for Atari.

I launched the Big Data conversation; writing, research, marketing services; http://whatsthebigdata.com/ & https://infostory.com/
View all posts by GilPress →
This entry was posted in This day in information, Video Games. Bookmark the permalink.