How Librarians Reacted and Adapted to Google 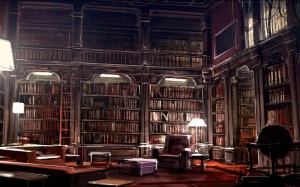 The library at the Googleplex

Librarians went through four stages on the way to embracing the internet, say researchers. The four-step transition begins with librarians “dismissing the technology as something that wasn’t going to spread and be widely used,” says Andrew J. Nelson, professor of management and a faculty fellow in innovation, entrepreneurship, and sustainability at the University of Oregon’s Lundquist College of Business.

Next, librarians began to differentiate themselves, accepting internet searches as a way to provide simple answers because they preferred to interpret web-based search information for patrons.

Eventually, Nelson says, librarians decided to capture the technology and offer their expertise in collaboration with companies that were generating search engines, but the companies chose to go their own way.

Finally, librarians “evolved their approach” by working to develop scholarly-based search engines, such as Google Scholar, and others tied specifically to library holdings. “Really we find librarians, at this point, redefining their identity,” Nelson says.

“So often we view technologies as having a life of their own,” he says. “The technology appears and, therefore, the application is obvious, including the way that it is simply going to supplant or replace workers. This paper shows that idea is a vast oversimplification and, in fact, not wholly the truth.

Sizing up the internet

The findings appear online in the Academy of Management Journal. Nelson and co-author Jennifer Irwin, a former librarian and now a business professor at Louisiana State University in Baton Rouge, analyzed 22 years of journal articles—199 in all—written by and for US-based librarians about the internet.

“Librarians initially described internet search technology as a niche and emphasized their own unique (and superior) value,” write the researchers. The emerging technology was dismissed, Nelson says, “as something that wasn’t going to spread and be widely used.” But that idea began to fade as more than 70 online search engines emerged between 1989 and 2011.

Nelson and Irwin define occupational identity as an overlap between “who we are” and “what we do” as they explored the “paradox of expertise” in which librarians failed to grow their informational prowess with an emerging technology.

“What made us curious about what happened was that librarians had technical skills—many had been building online databases of their collections with search capabilities very similar to what search engines aimed to develop,” Irwin says. Yet librarians, he says, had misinterpreted the possibilities of internet searching for such information.

The story of the successful transition—of accommodating a new technology—into a new identity is a good example for professionals in other fields who have faced or currently face such challenges, says Nelson.

“We not only found that new technologies can disrupt occupations, which others have found before, but showed how members of an occupation can redefine themselves in relation to the technology to maintain a new role and a new relevance in society,” Nelson says.

There have been professions that have found no room to maneuver their strategies to do and disappeared: elevator operators, bowling-pin setters, and street-lamp lighters.