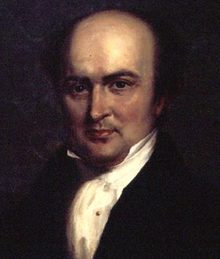 Today in 1837, The U.S. House of Representatives passed a resolution requesting the Treasury Secretary, Levi Woodbury, to report to the House at its next session, “upon the propriety of establishing a system of telegraphs for the United States.” Richard John in Network Nation: “Of the eighteen responses that Woodbury received, seventeen assumed that the telegraph would be optical and that its motive power would be human…. The only respondent to envision a different motive power was Samuel F. B. Morse… [who] proposed, instead, a new kind of telegraph of his own devising that would transmit information not by sight but, rather, by electrical impulses transmitted by wire.”