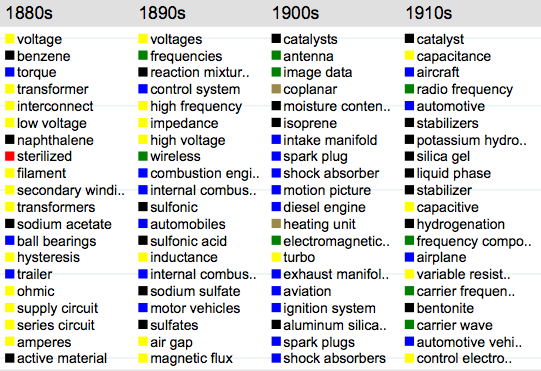 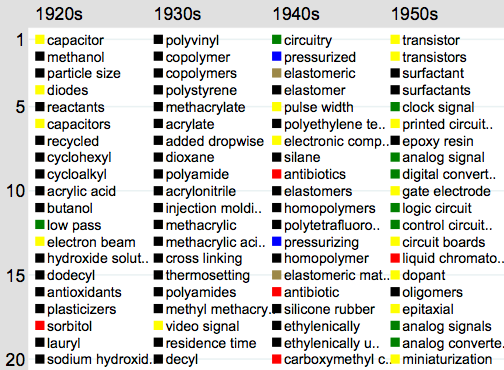 In a series of papers studying the history of American innovation, Packalen and Bhattacharya indexed every one-word, two-word, and three-word phrase that appeared in more than 4 million patent texts in the last 175 years. To focus their search on truly new concepts, they recorded the year those phrases first appeared in a patent. Finally, they ranked each concept’s popularity based on how many times it reappeared in later patents. Essentially, they trawled the billion-word literature of patents to document the birth-year and the lifespan of American concepts, from “plastic” to “world wide web” and “instant messaging.”