The HP-35 is introduced. The world’s first handheld-sized scientific calculator, ultimately made the slide rule, which had previously been used by generations of engineers and scientists, obsolete. Named for its 35 keys, it performed all the functions of the slide rule to 10-digit precision and could determine the decimal point or power-of-10 exponent through a full 200-decade range. The HP-35 was 5.8 inches (150 mm) long and 3.2 inches (81 mm) wide and said to have been designed to fit into one of William Hewlett’s shirt pockets. 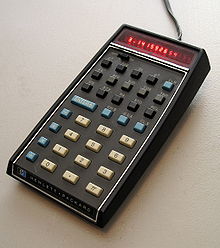 From the The Museum of HP Calculators:

Based on marketing studies done at the time, the HP-9100 was the “right” size and price for a scientific calculator. The studies showed little or no interest in a pocket device. However Bill Hewlett thought differently.  He began the development of a “shirt pocket-sized HP-9100” on an accelerated schedule. It was a risky project involving several immature technologies. HP originally developed the HP-35 for internal use and then decided to try selling it. Based on a marketing study, it was believed that they might sell 50,000 units. It turned out that the marketing study was wrong by an order of magnitude. Within the first few months they received orders exceeding their guess as to the total market size. General Electric alone placed an order for 20,000 units.

A sidebar in the article “The ‘Powerful Pocketful’: an Electronic Calculator Challenges the Slide Rule,” published in the HP Journal, June 1972, provided performance comparisons of the HP-35 and a slide rule operated by engineers who were “highly proficient in slide rule calculation.” For example, the problem “Great circle distance between San Francisco and Miami” was solved in 65 seconds with answer to ten significant digits by the HP-35. It took 5 minutes to get an answer with four significant digits with the slide rule.

IBM introduces Virtual Storage Personal Computing, “a new program product to allow people with little or no data processing experience to use a computer terminal to solve problems.” The terminals were connected to remote IBM mainframes via telephone lines. From Wikipedia: “In a campus setting, VSPC offered users the ability to create and submit programs to an IBM (or compatible) mainframe without using punched cards, though the programs were still submitted as card images, and programs so submitted needed all the usual IBM Job Control Language (JCL) statements to access the mainframe batch submission and resource allocation processes. Output from a job submitted through VSPC could be routed to a printer, or back to the user’s VSPC account, though in general the output would be too wide to easily view on a VSPC terminal.” 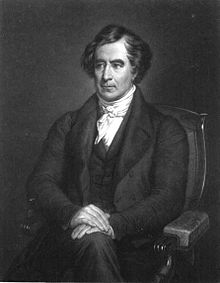 The Daguerreotype photography process is presented to the French Academy of Sciences by Francois Arago, a physicist and politician. Arago told the Academy that it was “…indispensable that the government should compensate M. Daguerre, and that France should then nobly give to the whole world this discovery which could contribute so much to the progress of art and science.”

On March 5, 1839, another inventor, looking (in the United States, England, and France) for government sponsorship of his invention of the telegraph, met with Daguerre. A highly impressed Samuel F. B. Morse wrote to his brother: “It is one of the most beautiful discoveries of the age… No painting or engraving ever approached it.”

In late September 1839, as Jeff Rosenheim tells us in Art and the Empire City, shortly after the French government (on August 19) publicly released the details of the Daguerreotype process, “…a boat arrived [in New York] with a published text with step-by-step instructions for creating the plates and making the exposures. Morse and others in New York, Boston, and Philadelphia immediately set about to build their cameras, find usable lenses, and experiment with the new invention.”

New Yorkers were ready for the Daguerreotype, already alerted to the “new discovery” by articles in the local press, such as the one in The Corsair on April 13, 1839, titled “The Pencil of Nature”: “Wonderful wonder of wonders!! … Steel engravers, copper engravers, and etchers, drink up your aquafortis, and die! There is an end to your black art… All nature shall paint herself — fields, rivers, trees, houses, plains, mountains, cities, shall all paint themselves at a bidding, and at a few moment’s notice.”

A Holmes stereoscope, the most popular form of 19th century stereoscope. Source: Wikipedia

Another memorable phrase capturing the wonders of photography came from the pen (or pencil) of Oliver Wendell Holmes, who wrote in “The Stereoscope and the Stereograph” (The Atlantic Monthly, June 1859):

The Daguerreotype… has fixed the most fleeting of our illusions, that which the apostle and the philosopher and the poet have alike used as the type of instability and unreality. The photograph has completed the triumph, by making a sheet of paper reflect images like a mirror and hold them as a picture… [it is the] invention of the mirror with a memory…

The time will come when a man who wishes to see any object, natural or artificial, will go to the Imperial, National, or City Stereographic Library and call for its skin or form, as he would for a book at any common library… we must have special stereographic collections, just as we have professional and other special libraries. And as a means of facilitating the formation of public and private stereographic collections, there must be arranged a comprehensive system of exchanges, so that there may grow up something like a universal currency of these bank-notes, or promises to pay in solid substance, which the sun has engraved for the great Bank of Nature.

Let our readers fill out a blank check on the future as they like,—we give our indorsement to their imaginations beforehand. We are looking into stereoscopes as pretty toys, and wondering over the photograph as a charming novelty; but before another generation has passed away, it will be recognized that a new epoch in the history of human progress dates from the time when He who

never but in uncreated light
Dwelt from eternity—

took a pencil of fire from the hand of the “angel standing in the sun,” and placed it in the hands of a mortal.

In Civilization (March/April 1996), William Howarth painted for us the larger picture of the new industry in America: “Daguerreotypes introduced to Americans a new realism, a style built on close observation and exact detail, so factual it no longer seemed an illusion. … Hawthorne’s one attempt at literary realism, The House of the Seven Gables (1851), features a daguerreotypist who uses his new art to dispel old shadows: ‘I make pictures out of sunshine,’ he claims, and they reveal ‘the secret character with a truth that no painter would ever venture upon.’… By 1853 the American photo industry employed 17,000 workers, who took over 3 million pictures a year.”

A hundred and fifty years after what Holmes called the moment of the “triumph of human ingenuity,” the Metropolitan Museum of Art mounted an exhibition on the early days of Daguerreotypes in France. Said Philippe de Montebello, the director of the museum at the time: “The invention of the daguerreotype—the earliest photographic process—forever altered the way we see and understand our world. No invention since Gutenberg’s movable type had so changed the transmission of knowledge and culture, and none would have so great an impact again until the informational revolution of the late twentieth century.”

In the same year of the Metropolitan’s exhibition, 2003, more digital cameras than traditional film cameras were sold for the first time in the U.S. Four years later, Facebook stored 1.7 billion user photos and served every day more than 3 billion photo images to its users.

The “informational revolution” has replaced analog with digital, but it did not alter the idea of photography as invented by Nicéphore Niépce in 1822, and captured so well by the inimitable Ambrose Bierce in his definition of “photograph” (The Devil’s Dictionary, 1911): “A picture painted by the sun without instruction in art.”

1 Response to Milestones in Tech History: Week of January 4, 2016