Debating the Impact of AI on Jobs 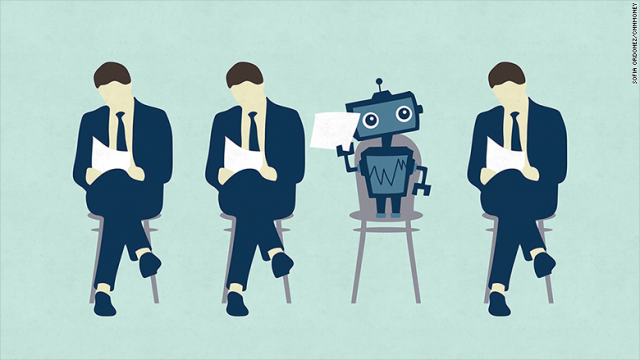 One of this week’s milestones in the history of technology sets the tone to two centuries of debating the impact of machines and artificial intelligence on human work and welfare.

On February 27, 1812, Lord Byron gave his first address as a member of the House of Lords in a parliamentary debate on the Frame Breaking Act which made destroying or damaging lace-machines (stocking frames) a crime punishable by death.

Criticizing the proposed legislation advanced by the government in response to textile workers protesting the industrialization and mechanization of their craft,  Byron told his peers:

The rejected workmen, in the blindness of their ignorance, instead of rejoicing at these improvements in arts so beneficial to mankind, conceived themselves to be sacrificed to improvements in mechanism. In the foolishness of their hearts, they imagined that the maintenance and well doing of the industrious poor, were objects of greater consequence than the enrichment of a few individuals by any improvement in the implements of trade which threw the workmen out of employment, and rendered the labourer unworthy of his hire.

And, it must be confessed, that although the adoption of the enlarged machinery, in that state of our commerce which the country once boasted, might have been beneficial to the master without being detrimental to the servant; yet, in the present situation of our manufactures, rotting in warehouses without a prospect of exportation, with the demand for work and workmen equally diminished, frames of this construction tend materially to aggravate the distresses and discontents of the disappointed sufferers.

The first two cantos of Byron’s Childe Harold’s Pilgrimage came out on March 3, the same week as his maiden speech. He became an overnight superstar, says Fiona MacCarthy, his recent biographer, “the first European cultural celebrity of the modern age.”

Later, in canto 3, Byron wrote about “The child of love,–though born in bitterness, and nurtured in convulsion.” His daughter, born just before her parents separated, was Ada Augusta, later Lady Lovelace, promoter and explicator of Charles Babbage’s Analytical Engine. Unlike Babbage, she saw its potential as a symbol manipulator rather than a mere calculator and the possibilities for a much broader range of automation, beyond speeding up calculation.

Lovelace made clear, however, that what became to be known as “artificial intelligence,” depends on human intelligence and does not replace it. Rather, it augments it, sometimes throwing new light on an established body of knowledge but never developing it from scratch: “The Analytical Engine has no pretensions whatever to originate anything. It can do whatever we know how to order it to perform. It can follow analysis; but it has no power of anticipating any analytical relations or truths. Its province is to assist us in making available what we are already acquainted with.”

More generally, Lovelace argued that “In considering any new subject, there is frequently a tendency, first, to overrate what we find to be already interesting or remarkable; and, secondly, by a sort of natural reaction, to undervalue the true state of the case, when we do discover that our notions have surpassed those that were really tenable.” In this she anticipated the oft-repeated Silicon Valley’s maxim (known as Amara’s Law): “We tend to overestimate the effect of a technology in the short run and underestimate the effect in the long run.”

In 1956, sociologist Daniel Bell wrote in Work and its Discontents about this typical reaction to a new technology in the context of the emerging computerization of work: “Americans, with their tendency to exaggerate new innovations, have conjured up wild fears about changes that automation may bring.” Bell thought that the predictions of factories operating without humans were “silly,” but anticipated that “many workers, particularly older ones, may find it difficult ever again to find suitable jobs. It is also likely that small geographical pockets of the United States may find themselves becoming ‘depressed areas’ as old industries fade or are moved away.”

As computerization or applying “artificial intelligence” to an increasing number of occupations has advanced, many commentators—and government officials—became increasingly alarmed. In 1964, President Johnson established the National Commission on Technology, Automation, and Economic Progress, saying:

Technology is creating both new opportunities and new obligations for us-opportunity for greater productivity and progress–obligation to be sure that no workingman, no family must pay an unjust price for progress.

Automation is not our enemy. Our enemies are ignorance, indifference, and inertia. Automation can be the ally of our prosperity if we will just look ahead, if we will understand what is to come, and if we will set our course wisely after proper planning for the future.

A year later, economist Robert Heilbroner wrote that “as machines continue to invade society, duplicating greater and greater numbers of social tasks, it is human labor itself — at least, as we now think of ‘labor’ — that is gradually rendered redundant.”

Do you know what a Luddite is? A person who hates newfangled contraptions… Today we have contraptions like nuclear submarines armed with Poseidon missiles that have H-bombs in their warheads. And we have contraptions like computers that cheat you out of becoming. Bill Gates says, “Wait till you can see what your computer can become.” But it’s you who should be doing the becoming, not the damn fool computer. What you can become is the miracle you were born to be through the work that you do.

In Race Against the Machine: How the Digital Revolution Is Accelerating Innovation, Driving Productivity, and Irreversibly Transforming Employment and the Economy (2011), Erik Brynjolfsson and Andrew McAfee launched the current phase of the perennial debates over machines and jobs, and the automation and augmentation of human intelligence. They wrote: “In medicine, law, finance, retailing, manufacturing and even scientific discovery, the key to winning the race is not to compete against machines but to compete with machines.”

In 2018, economist Hal Varian argued that predictions based on demographics are the only valid ones:

There’s only one social science that can predict a decade or two in the future, and that’s demography. So we don’t really know where technology will be in 10 years or 20 years, but we have a good idea of how many 25- to 55-year-old people there’ll be in 10 years or 25 years… Baby Boomers are not going to be sources of growth in the labor force anymore because Baby Boomers are retiring…

…there will be fewer workers to support a larger group of nonworking people. And if we don’t increase productivity—which really means automation—then we’re going to be in big trouble in those developed countries…

So the automation, in my view, is coming along just in time—just in time to address this coming period of labor shortages…

I launched the Big Data conversation; writing, research, marketing services; http://whatsthebigdata.com/ & https://infostory.com/
View all posts by GilPress →
This entry was posted in Artificial Intelligence, Race Against the Machine. Bookmark the permalink.