30 years ago today, Apple introduced Lisa, a $9,995 PC for business users. Many of its innovations such as the graphical user interface, a mouse, and document-centric computing, were taken from the Alto computer developed at Xerox PARC, introduced as the $16,595 Xerox Star in 1981. Jobs recalled that he and the Lisa team were very relieved when they saw the Xerox Star: “We knew they hadn’t done it right and that we could–at a fraction of the price,” according to Walter Isaacson’s Steve Jobs. 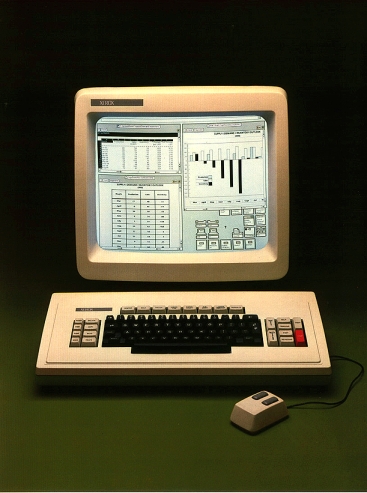 “The Apple raid on Xerox PARC is sometimes described as one of the biggest heists in the chronicles of industry,” says Isaacson, who quotes Jobs on the subject:  “Picasso had a saying–‘good artists copy, great artists steal’–and we have always been shameless about stealing great ideas… They [Xerox management] were copier-heads who had no clue about what a computer could do… Xerox could have owned the entire computer industry.” Says Isaacson: “…there is more to it than that… In the annals of innovation, new ideas are only part of the equation. Execution is just as important.” True, but given that Lisa didn’t become a commercial success, “execution” obviously means much more than “getting the product right.”