First Internet Domain Name and a New Era for IT 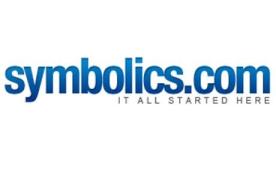 Today in 1985, the first Internet domain name, symbolics.com, was registered.  Bob Metcalfe connected this event with the thirty-year anniversary of the IEEE 802 standards committee starting its work on Local Area Networking and Metropolitan Area Networking standards: “These two anniversaries are an opportunity to highlight the importance of Internet innovation infrastructure, particularly standards committees. At the core, these two events are about connecting things, or networking. And successful networking requires connection standards.”

These anniversaries also marked the arrival of a new phase in the evolution of the IT industry. The 1980s are almost universally regarded as ushering in the new “PC era,” replacing the mainframe phase of the industry. Wrong. The PC was a mainframe on a desk. It obviously contributed to a giant leap in user productivity, but it continued the same one-to-one relationships between a man and his computer.  The new phase in IT’s evolution was not the PC era, it was the networking era. As Metcalfe captured in what came later to be known as “Metcalfe’s Law,” now information flows were many-to-many, first with LANs, and later with the World Wide Web running over the Internet.