Bob Metcalfe Gave Birth to the Ethernet 40 Years Ago 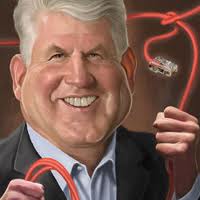 Forty years ago today (May 22, 1973), twenty-seven-year-old Bob Metcalfe turned on his IBM Selectric, “pulled out a wad of Ko-Rec-Type, snapped on an Orator ball, and banged out the memo inventing Ethernet,” as he recalled in Internet Collapses, at Xerox Palo Alto Research Center (PARC).  Metcalfe explained to Scott Kirsner years later in a Wired interview: “That is the first time ethernet appears as a word, as does the idea of using coax as ether, where the participating stations, like in AlohaNet or Arpanet, would inject their packets of data, they’d travel around at megabits per second, there would be collisions, and retransmissions, and back-off.” 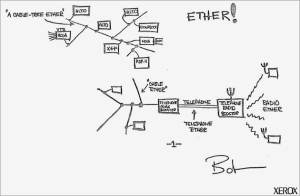 Today, Metcalfe is Professor of Innovation and Murchison Fellow of Free Enterprise at the University of Texas at Austin and hundreds of millions of Ethernet ports are shipped annually (counting WiFi).