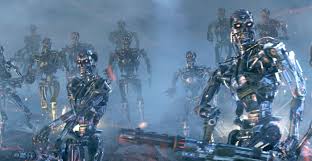 “Three key factors shaped the production operations design of [Ford’s] Cleveland Engine Plant. The first was the decision that Delmar Harder made in April 1947 to organize an Automation Department within his Manufacturing Division. Harder charged the new unit’s engineers and production experts with the development of relatively inexpensive, reliable methods of automating the transfer of materials in process from one operation to another. His instructions were to design and install such “automation” devices if the cost of each device were less than $3000 (or roughly ten to fifteen percent over the annual wages of an average, fully employed blue collar worker in the automobile industry at the time). Payback for these devices had to be in one year. Thus, for all intents and purposes, to be viable each automation device had to eliminate at least one worker.”

Note: The first published mention of “automation” in the sense of “The action or process of introducing automatic equipment or devices into a manufacturing or other process or facility” listed in the Oxford English Dictionary is from American Machinist, October 21, 1948.

I launched the Big Data conversation; writing, research, marketing services; http://whatsthebigdata.com/ & https://infostory.com/
View all posts by GilPress →
This entry was posted in Automation. Bookmark the permalink.