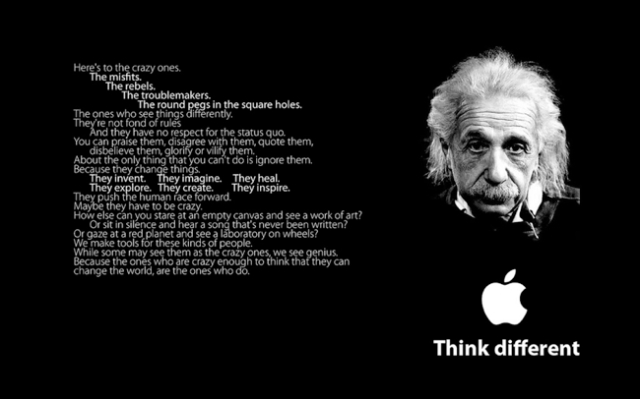 Apple Computer launched the “Think different” marketing campaign. The campaign’s television commercials featured black-and-white footage of 17 iconic 20th century personalities and a free-verse poem read by Richard Dreyfuss, starting with the words “Here’s to the crazy ones. The misfits. The rebels. The troublemakers. The round pegs in the square holes. “ These turned out to be the opening lines in the second act of Steve Jobs and Apple.

The campaign’s slogan, “Think different,” was probably a play on the much earlier slogan “THINK,” coined by Thomas J. Watson, Sr.  In the winter of 1911, Watson ordered that signs with just one word–THINK–be put all over the NCR factory in Dayton, Ohio. Later, as CEO of IBM, he told his sales people: “Every man on the selling force of this business today would make two dollars where he now only makes one, if he would but THINK along the right line. ‘I didn’t think’ has cost the world millions of dollars.” 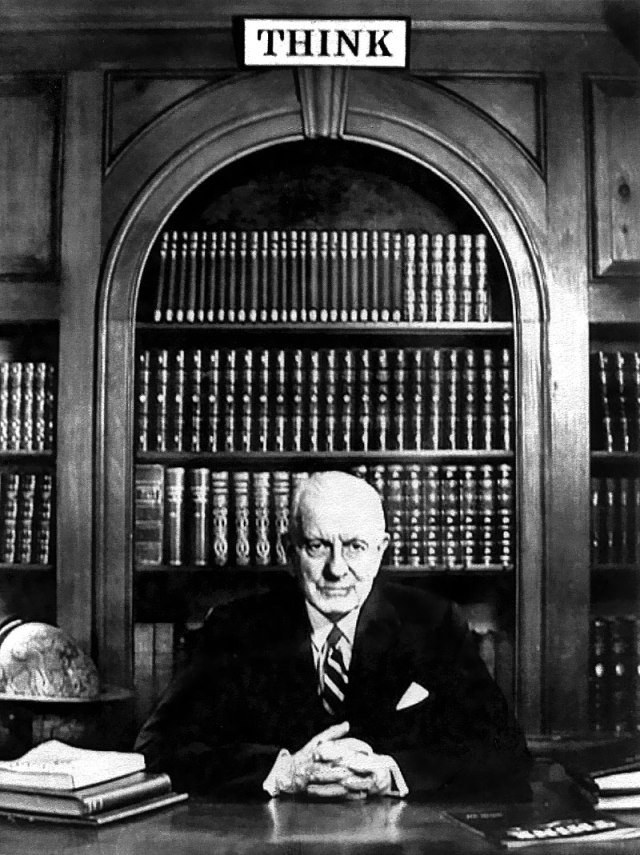 In 2011, Google started publishing Think Quarterly, “to prepare you for what happens next.”

Franklin Delano Roosevelt opened his campaign for re-election with a speech to the New York State Democratic Convention. This was the first U.S. presidential campaign in which both parties used radio broadcasts to deliver their messages and present their candidate to a national audience. 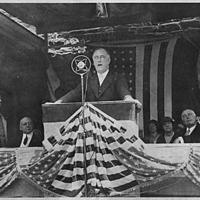 David Sarnoff, Chief Inspector for The Marconi Wireless Telegraph Company of America (and later CEO of RCA and NBC) wrote to his superiors: “I have in mind a plan of development which will make radio a ‘household utility’ in the same sense as the piano or phonograph. The idea is to bring music into the home by wireless. The receiver can be designed in the form of a simple ‘Radio Music Box,’ placed on a table in the parlor or living room.”  Sarnoff may have actually written this memo in 1920, but later claimed it was written before 1916, the year Lee De Forest and others started broadcasting news and transmitting music over the wireless to multiple recipients.

The first field trial of a rural telephone system making use of transistors and the Bell Solar Battery was held in Americus, Georgia. Almost one quarter of the world’s population today lives without electricity, and solar-powered mobile phones dominate their long-distance communications.