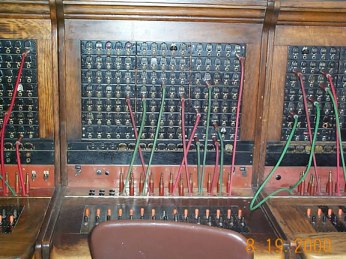 June 15, 2018 will be the day in which the last telephone call will be made using the 140-year-old circuit switching network, established in 1878.

IEEE Spectrum: “…a huge number of phone calls [today] start out as Internet packets and end as Internet packets, but have to be switched to, and then from, a voice circuit in between. What remains is to put the Internet protocol in the middle of the network as well… In June, a Washington, D.C., advisory group, the Voice Communication Exchange Committee, formed and committed itself to a complete transition to the Internet protocol by a date of its own choosing: June 15, 2018. The changeover will provide some enormous benefits to all of us, not least of which is high-definition voice service, similar to the transition from cathode-ray television to HDTV. And it will provide some enormous benefits to the phone companies, including the surprising one of windfall profits from their legacy real estate holdings.”